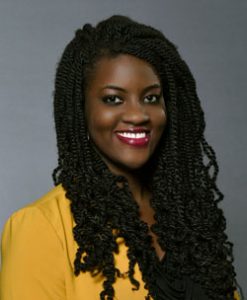 Title: Recasting the Past to Protect the Present: Investigating
Misperceptions of Progress to Social Equality

Abstract: While most Americans believe that everyone should have an equal opportunity to succeed, the US
is marked by a wide array of deep and persistent inequalities. One way this disconnect manifests is
in people’s perceptions of equality between groups of differing social status. Previous research has
documented that Americans overestimate equality between White and Black Americans.
Americans’ perceptions of gender equality has not yet been explored, nor have these perceptions
been explored intersectionally. We find that, as with equality between White and Black Americans,
Americans overestimate equality between men and women—in the past and the present—and
progress toward equality between men and women. Further, (mis)perceptions of gender equality
differ depending on the race of the men and women under consideration. These misperceptions
matter because they might undermine support for policies to redress inequality. And indeed, the
tendency to overestimate equality between men and women is negatively related to support for
policies to address inequality. People might overestimate progress because they distance the
present from a more bigoted past, so we explore temporal distancing from major incidents of racial
oppression and find that the more people distance from periods of racial oppression, the less
inequality they perceive in the present. Thus, one way to address misperceptions of contemporary
economic equality and progress could be to inform people about the persistence of discrimination.
We test one such intervention and find that reminding people about the persistence of
discrimination does reduce estimates of progress, but participants’ estimates are reduced because
they recast the past as more equal than they would have otherwise, rather than reevaluating the
present to be less equal than they expect. Ultimately, a better understanding of how Americans
perceive equality is required to ensure a system where equal opportunity is present.