Showing people how their peers feel about diversity in their community can make their actions more inclusive, make members of marginalized groups feel more like they belong, and even help close racial achievement gaps in education, according to a new study.

Drawing on strategies that have worked in anti-smoking, safe-sex and energy-saving campaigns, University of Wisconsin–Madison researchers decided to try to change behavior by showing people that positive feelings about diversity are the norm.

“In any other domain of public health — saving for retirement, sustainability, eating healthy — it’s the key thing to communicate: It’s the right thing to do, your peers do it, and your peers would actually approve of you doing it as well,” says Markus Brauer, the UW–Madison psychology professor whose lab designed the pro-diversity intervention.

“People are heavily influenced by finding out what their peers have done,” Brauer says. “But in the diversity domain, we haven’t been trying this.”

The researchers, who published their findings today in the journal Nature Human Behaviour, conducted extensive focus groups with UW–Madison students.

“When we asked about what decreased their sense of belonging, they didn’t complain so much about racial slurs or explicit forms of discrimination,” says Brauer. “It was the distance, the lack of interest, the lack of caring that affected them.”

Brauer, graduate student Mitchell Campbell, and Sohad Murrar, a former graduate student of Brauer’s who is now a psychology professor at Governors State University in Illinois, used what they learned to choose their messages.

“We used a social marketing approach, where we identify a target audience, we decide what our target behavior is, and then we show people how their peers support that behavior,” Brauer says.

They designed a relatively simple poster, covered in students’ faces and reporting actual survey results — that 93 percent of students say they “embrace diversity and welcome people from all backgrounds into our UW–Madison community,” and that 84 percent of them agreed to be pictured on the poster. They also produced a five-minute video, which described the pro-diversity opinions reported by large majorities in other campus surveys and showed real students answering questions about tolerance and inclusion.

In a series of experiments over several years, hundreds of students were exposed passively to the posters in brief encounters in study waiting rooms or hung day after day on the walls of their classrooms. In other experiments, the video was shown to an entire class during their first meeting. Control groups came and went from waiting rooms and classroom with no posters, or watched videos about cranberry production, or other alternatives to the study materials.

UW–Madison researchers produced this video featuring students and experts talking about the positive impact of a diverse campus. Students who watched the video on their first day of class were more tolerant of other groups and more supportive of diversity even months later, and course sections that saw the video improved on historical achievement gaps between white and non-white students. Courtesy of Markus Brauer

Then the researchers surveyed subjects to assess their attitudes about appreciation for diversity, attitudes toward people of color, intergroup anxiety, their peers’ behaviors and other measures.

“When we measured 10 or 12 weeks later, the students who were exposed to the interventions report more positive attitudes towards members of other groups and stronger endorsement of diversity,” Brauer says. 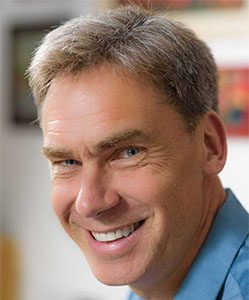 The differences for students from marginalized groups went further.

“The students belonging to marginalized groups tell us that they have an enhanced sense of belonging. They are less anxious in interactions with students from other ethnic groups. They tell us that they’re less and less the target of discrimination,” Brauer says. “They evaluate the classroom climate more positively, and feel that they are treated more respectfully by their classmates.”

The researchers tested the effectiveness of their diversity intervention in a series of UW–Madison courses in which white students have historically received better grades than their non-white peers. In course sections that viewed the 5-minute video during their first meeting — classes including more than 300 students — the privileged and marginalized students’ grades were equal in the end.

“We know the marginalized students experience discrimination; we know their feelings are valid. But we know, too, from the campus climate surveys and our own extensive surveys, that their fellow students report real appreciation for diversity, and tell us that they want to be inclusive,” Brauer says. “They stay socially distant, though, because they worry about putting themselves out there. Our experience is that this intervention is changing those perceptions and experiences, and possibly the behavior, of both groups.”

It may be the first result of its kind for such a long-running study with so many participants, and the researchers are hopeful that future work will help better reveal whether students actually change the way they treat each other.

“Promoting inclusion and dismantling systemic racism is one of the most important issues of our times. And yet, it turns out that many pro-diversity initiatives are not being evaluated,” says Brauer, whose work was supported in part by funding from the office of UW–Madison’s vice provost and chief diversity officer. “We really need evidence-based practices, but for a long time we’ve had no idea whether the things we do in the diversity domain actually have a beneficial effect. We’re hoping to change that.”